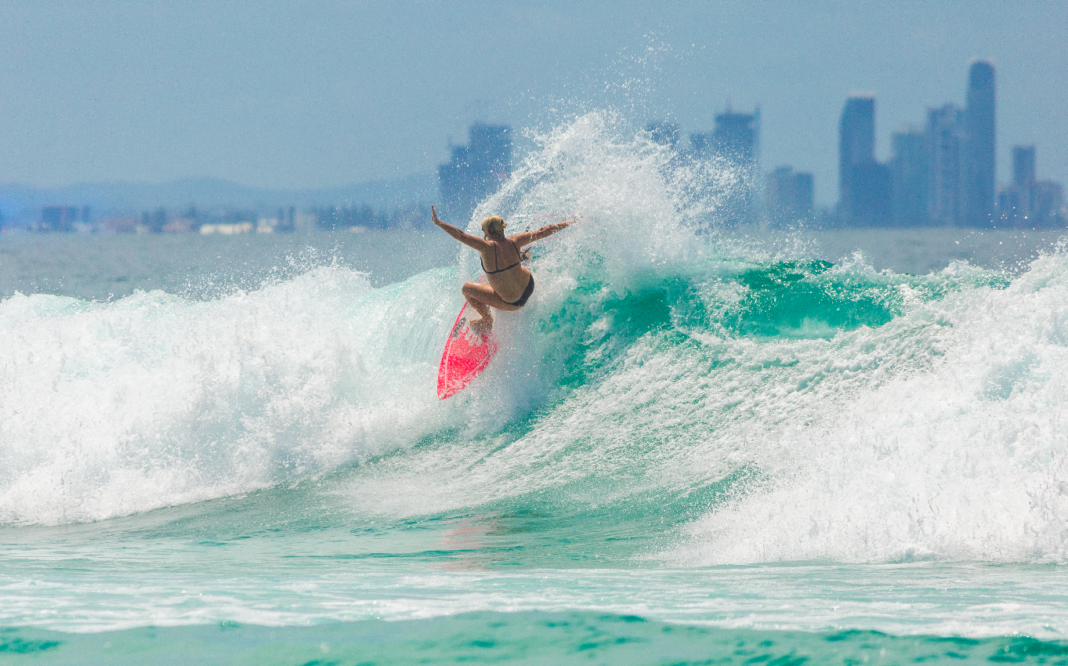 This article first appeared in Surfing Life #356 – CULTURE ’21 (starting on p. 18). To read more like this, buy the issue or subscribe.

There’s a cancer in our midst. A silent one. A cultural disease that’s gone through chemo, surgery, and after years of remission, it resurfaces—scaring us with another ugly cluster. Cancer is nothing to make light of … nor is discrimination. It shuts down real change, bullies minority groups so they don’t feel like they belong, and tears away hope of a worthwhile future. For decades, surfing in Australia has been a male-dominated sport. Has the surfing boys’ club been completely dismantled, or does it remain in partial remission, subliminally attacking surfing’s immune system?

The Girls Can’t Surf documentary1 exposes surfing’s history during the ’80s and early ’90s. It shares the untold, courageous story of renegade female pro surfers including Wendy Botha, Jodie Cooper, Pauline Menczer, Layne Beachley, Rochelle Ballard, and among others, ASP’s 1990 World Tour Champion Pam Burridge who says, “[The film is] shining a light on an era that’s relatable to every walk of life in a way, like a subculture. A sport and a business that, you know, came through times where part of it wasn’t really accepted, which happened to be women.”

This eye-opening documentary highlights how the women’s ’CT events were often run in two-foot slop—waves that the men refused to surf—while a bikini comp ran simultaneously. Pro females surfing their heat would hear cheers from the beach and see the back of spectator’s heads perving on hi-cut bikini competitors on a sandy catwalk. These brave athletes defied what four-time world surfing champion Wendy Bother calls the “dumb-assed chauvinistic pigs”. They sat on the foreshore and refused to surf crappy conditions.

Ignoring their fears of getting fined, losing what little sponsors they had, or being labelled as a “whinger”, these women united. They fought their way—one comp at a time—to surf in decent conditions, which changed women’s pro surfing from being a “side-show” to the men’s, to where it is today. But has this respect filtered down to our local breaks?

“Not a lot has changed,” says Wendy Botha during the Q & A’s after Queensland’s premiere of Girls Can’t Surf. “People are still discriminative … the competition side has benefitted tremendously.” And the packed-out Gold Coast cinema of female frothers confirmed Wendy’s views that discrimination and aggression toward females is prevalent in our lineups.

Since the early ’90s when major surf brands launched their women’s surf gear, female pro surfers have injected billions and billions into the surf industry, which hasn’t seemed to influence the number of sponsored female freesurfers. Neither did these billions convert to equal prize money for the women’s world tour ’til decades later—in 2019, when the WSL announced equal pay for every female and male WSL event.

Although female surfers are more prevalent in the lineup, they remain underrepresented in major areas of surf. “If Steph Gilmore dropped off the tour and just made movies, everyone would watch her,” says Pam, then adds, “[but] whether there’s a total career rather than a side gig to pay for your trips type thing … I’m sure a million people would do it.” Compared to sponsored male freesurfers, their female counterparts seem as rare as mermen.

Over the decades, there have been big wins for female pro surfers, thanks to the women in this film and the generations of female surfers before them. With Jesse Miley-Dyer appointed in a new role of WSL’s Senior VP of Tours and Head of Competition in February this year, changes are happening; she helped implement the first female ’CT event at Banzai Pipeline in December 2020.

The WSL launches its new tour: is it time to make the number of females on tour equal with the men’s? “They’re always trying to peel back the men’s number,” Pam says, “I doubt that there’s any chance of expanding it much.” She pauses for a bit, then says, “My answer should be, ‘Oh yeah, hell yeah!’ but I’m still hedged in by a tiny bit of economic reality to make it work. You want the elite to be really elite and they sure are. The cream rises to the top, but you have to have the qualifying series that supports those athletes that are as good but not quite there, so they get some money, and they can be pro.”

For the first time, Red Bull has invited females to its Red Bull Cape Fear 2021 invitation-only big wave surfing event at Shipsterns Bluff. Twenty-three surfers were invited from across Australia: three females (Laura Enever, Laura Macauley, and Lizzie Stokely) and 20 males. Is this another tokenistic afterthought, adding three females to a jam-packed male roster? Should Red Bull have a separate Cape Fear Women’s invitational big wave event? They could enlist as many oestrogen big-wave chargers and run a smaller comp.

“You know, if you can’t see it, you can’t be it,” says Rochelle Ballard, one of the pioneers of women’s surfing, during the Girls Can’t Surf flick. Is this why female surf numbers were always lower than the men’s in the past? Where women’s surfing is at today is an incredible feat, considering the sexist undercurrents that tried to drown the female world tour in the ’80s.

More genuine changes are needed, like brands advertising their products by using pro surfers in waves of consequence rather than gimmicky, smiley lifestyle shots on the beach with non-surfing models. What subliminal messages are being sent when brands use models to promote their gear? Surely, we’ve passed the era of objectification—those anorexia-promoting days of brainwashing young girls with surfing stereotypes, when there are all shapes, sizes, and races sharing the lineup. This is possible if female surfers hold prominent positions in the industry: writing articles, managing pro surfers, presidents of boardriders clubs, shooting adverts, directing films, and overseeing marketing campaigns. And equal representation means creating space for women in the water, in the industry, in the media, judging, commentating—women having a voice. This will inevitably counterstereotype female surfers: pros, freesurfers, and the everyday frother.

Mainstream media has labelled surfers, both negatively and positively, over the decades. Yet, for women in surf, it’s male surfers (especially those in surfing’s colonial boys’ club) who’ve done the same thing. To those who have surfed and fought stereotyrannical abuse (this includes our supportive men), we are grateful. Daughters, sisters, cousins, nieces, aunts, mothers, and grannies, our Girls Can’t Surf their best ’til equality has been reached in and out of the water.

Surfing is a cycle of energy, giving and receiving. It gives us joy, sanity, exercise, socialising, work (for some), therapy, a religious experience, laughter, motivation … but what do we give in return? We become better surfers because of it. Surfing (from an individual to the whole community) must become better too: environmentally, culturally and non-discriminatively by being represented equally. Are we there yet? Nope. But we’re closer than we were yesterday.