In the golden morning light of the opening heat, Mick scored a piercing barrel right through the heart of Little Marley. He’d done a big turn and stall to set it up, and continued to tap the lip after the barrel until he flicked off on his terms. It was, from where we were standing, the complete ride.

The PA announced a 7.17, Mick slapped the water in frustration, an audible sigh rang out across the beach and somewhere, someone screamed, “That’s bullshit”.

The live telecast switched over to Rich Porta’s ring finger a for a mood ring update. Porta’s ring was shining blacker than the tyres on his Jeep Cherokee.

It was going to be one of those days. Like Steph and Flores before him, Mick would lose his heat after doing the best surfing and catching the best waves.

Wow’Leary flew close to the sun against Julian. Luckily, he wore his space suit. Julian surfed well, but tried to be a little too finesse with the scalpel, when he should have swung wildly with a meat cleaver.

It was classic Julian. He spends so much of the early rounds of events, looking indomitable. And then just like that in a later round heat, he inexplicably surfs safe.

With the win, Wow’Leary becomes the highest ranked rookie and will finish Snapper on top in the Rookie of the Year (ROY) race. And he’s not done there, later winning his round four heat to take the rest of the day off and wait for his quarter final.

With Zeke’s 10 yesterday and Ewing’s mile-high potential, the ROY race could be just as exciting as the World Title one.

After Wow’Leary’s win, with just two heats in the books a pattern had emerged. The goofies were at a distinct advantage. With Porta taking away the barrels from the reg foots; like Barton Lynch explained yesterday:

Much gets made of the sliding scale, and how often the judges are sliding it. Social Media were blowing hard at Andino and Mick losing their respective heats. Everyone commenting were from solid surfing backgrounds, and to all of our untrained eyes, Mick and Andino were the better surfers in their heats.

Should judging be so obscurely subjective, that not even seasoned surfers of 20+ years, guys in the surf media like Matt Warshaw and Jimmy Wilson, to where the judge’s decisions make no sense?

By the time Gabriel Medina scorched the earth in his round three heat against Ian Gouveia – given the current judging climate, leaning hard in favour of goofies – the Quik Pro felt like it had essentially been run and won.

God, however sensing the inevitability of Rich Porta’s mood ring, decided to start the north Devil winds a day early – he’s an ironical God like that. The north winds didn’t just fluff up the waves, they completely rearranged the Feng Shui of the entire event.

The northerly turned Snapper Rocks into an utter crapshoot. Waves bouncing off the rock into one-foot rebounds, were suddenly churning down the line and hugging the bank into Greenmount. The bigger, better looking waves, were abruptly peaking up and flattening out into the fat channel, essentially going nowhere.

Wave selection? There was none. This was throwing pasta at the wall, and seeing what sticks.

Which naturally leads us to …

THE NUMBER 78 IS TOO MUCH

When the men and women combine for an event, like at Snapper, Bells, Margs, Rio etc … 78 Heats need to be run to decide it. That’s six full days of surfing, in only a 14-day window. It’s feels like there’s better odds of me winning Next Top Model™, than getting six days of pumping surf anywhere in the world in a 14-day period.

It seems extreme that we’re still persisting with the same event format and heat situation. The surfers make this tour tick. When the waves are good all we can talk about is the surfers and the absurd, otherworldly level they surf at. When the waves aren’t good, all we can talk about is all the cracks the WSL paper over each year with heat formats and judging.

The event eventually went on hold with 22 heats – or one entire day’s surfing from sunrise to sundown, still remaining.

North devil winds are forecast for most of the rest of the waiting period. With 56 heats already in the books, with a more efficient event format, the finals could have been decided this morning in the best waves of the contest.

Keep a scorebook running at home, as to just how much this situation will play out this 2017 season.

Before his quarter final with Jordy, he looked calm and ready. There was no vomit on his sweater, and it wasn’t his mum’s spaghetti.

Kelly showed his hand on his first wave. One big turn into the white, and even though he fell, it was a signal of intent. He wasn’t here to fuck around. Kelly’s dominance wasn’t overly surprising, the fact that Jordy never stood a chance, was a little startling.

Jordy was armed to his teeth – back on his old faithful grovelling board which he won Trestles on. He’s a big, powerful surfer in the prime of his career. And he looked buckled and broken under the weight of Slater.

It was old school Kelly. He didn’t give a single shit about priority. He stayed on the inside and kept busy, and reacted to what the waves gave him. Unbridled spontaneity.

Strider asked Kelly in the water what his secret was, and Kelly beamed back through a smile, “I don’t wanna get old. If you stop having fun, you get old.”

The quarters are set. The goofyfoots have had the advantage throughout the whole comp with the judging stacked towards them. Of the final eight men remaining, five are goofy, and the three regular foots all have won world Titles. It’s taken that kind of pedigree to make it this far if you’re a regular foot.

The fly in all of that ointment could be the old guy who’s having too much fun to notice his age. 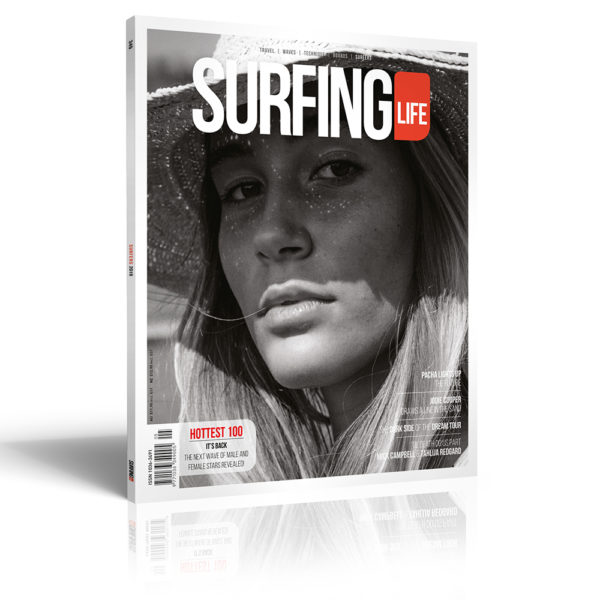