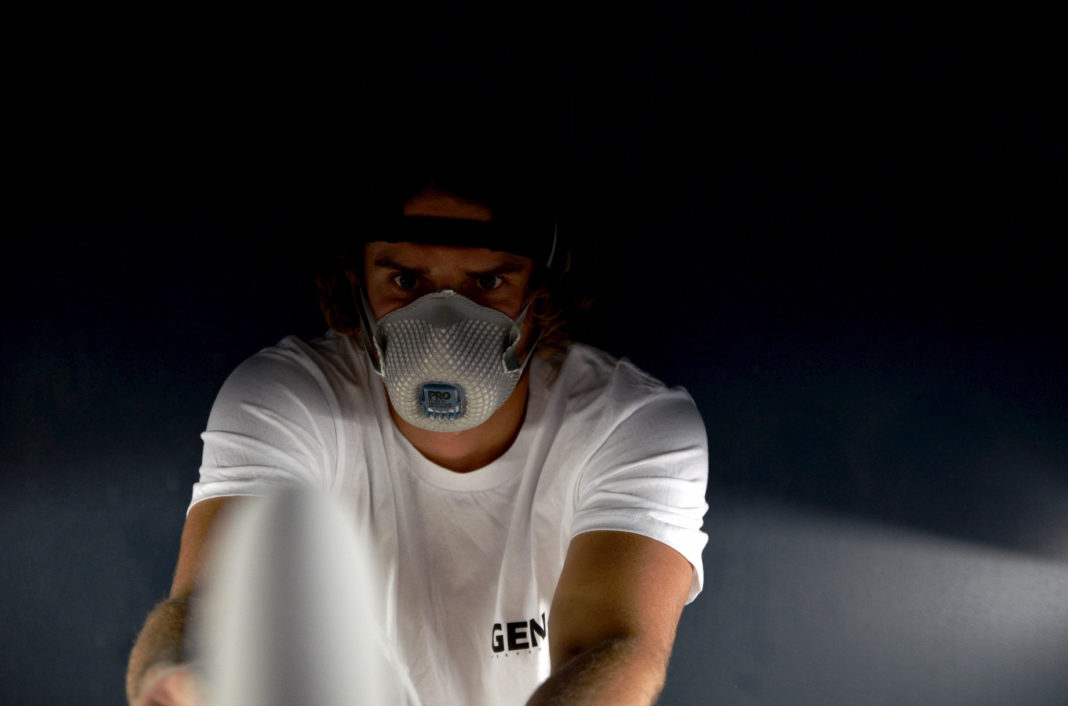 At 12 years old, I came home from a day of autograph hunting with friends Mitch Parkinson and Jack Freestone, from the 2004 Quiksilver Pro at Snapper Rocks and announced over dinner, my mates wanted to be pro-surfers, but I thought I’d prefer to shape their boards. My Dad was stoked and pulled out an old suitcase and inside was family surfing-history photos and memorabilia dating back as far as 1930. The next morning when I told him I was definitely going to be a shaper, he simply replied; Okay, let’s go buy some blanks! After studying photos of my great grandfather, Frank Adler, my grandfather, Ken Gudenswager and my Dad Chris I realised, being the 4th generation Australian surfer should prompt a great brand. Gen4 Surfboards was a natural progression of the family history and, after gaining important shaping tips from Murray Bourton, Tommy Peterson, Jason Stevenson, Matt Hurworth and Bruce Kay, my future was in the making.

Regarding my family history, Bob McTavish once wrote; “Frank Adler was a great pioneer surfer in the 30s and 40s and is credited with making perhaps the first hollow plywood toothpick-style board in the land” and Sunny Abberton was quoted in The Official Bra Boys Story by Sean Doherty; “After the Second World War, surfing became even more regimented and surfboards, which had just been introduced to Australia, were banned from the beach[s] because the guys who rode them were free spirits who didn’t like the rules of the surf club[s], and were doing their own thing. If you wanted to get out in the water you had to do it the surf club’s way. That’s what made Frank Adler, from Maroubra, [in Sydney] form the Australian Boardriders Association in 1946, Australia’s first rebel board riding club.”

A memorable moment in my grandfather’s period – from Wayne ‘Rabbit’ Bartholomew’s book; Busting down the Door by Tim Baker says; “Then the news came through that Ken Gudenswager up at Adler’s Surf Centre at Mermaid Beach had just offered Paul Neilsen a $20 a week retainer and I just went unbelievable! It was the first time I’d ever heard of someone getting paid to go surfing”. Bob McTavish wrote; “Ken Gudenswager was a man before his time. Before Brothers Neilsen, he had the cool Mermaid Beach surf shop. Before Gail Austin, he had the mega Brisbane surf shop. Before JS industries, he had the super-clean board factories, at the “Gabba” and Mermaid Beach. Before McTavish, he had the great Byron Bay country factory/board shop and he ran them like a true professional.”

My Father, Chris Gudenswager represented Queensland on 4 occasions and was part of the powerful Snapper Rocks Surfriders Club teams of the ’80s. Regardless of his own history, Dad didn’t attempt to make surfboards and I wanted to know why. He always said; Mate, I don’t make ‘em, I just ride ‘em and that was that. While he wasn’t actually into manufacturing, he was certainly part of some ‘firsts’ for the times like being an instructor on the first day of the first official Gold Coast Surf School, the Wayne ‘Rabbit’ Bartholomew Academy of Surfing and when Jay Carter and my Dad introduced Tag Team Surfing to Queensland for the first time, staging an ‘Australia vs Rest of the World’ event, covered by Channel Nine’s Wide World of Sports by legendary broadcasters Darryl Eastlake and Mark Warren, to an over- packed Duranbah Beach on the Gold Coast in the mid ’80s. While his mates were becoming pro-surfers, Dad was drawn into photographic modelling and TV commercials to keep the surfing dream alive – evoking this 1986 comment from Lineup surfing magazine that made me smile; “Who’s the surfer commanding $320 a day and not even in the top 16? In this case, it’s Snapper model surfer, Chris Gudenswager, who is on that staggering rate during filming of a Coca-Cola commercial. “Swag”, who has appeared in past fashion spreads in Vogue Australia magazine, landed the lead for the advertisement which was shot at Kirra Point. The ASP lads are in the wrong game”.

Being a Snapper Rocks board rider since I can remember I’ve been fortunate growing up with the likes of Joel Parkinson and Mick Fanning to call on for advice while practicing my craft with JS industries and Super Brand before a move to Sydney. I shaped for Chilli Surfboards before returning to Coolangatta to work with Mayhem, Pyzel and JS Industries again. I have learned so much from them and now the concept of Gen4 is to produce high performance surfboards for consumers at a fraction of the cost. We want to steer away from stores if we can and sell online for a wholesale price therefore not having to pay distributors costs and all the add-ons; we still use all the same material as the top guys. The foam, cloth and resin is all of the highest standard available tested rigorously by team riders Mitch Parkinson, Josh Glennon, Robot Best, Jasper Endersby, Quinn Bruce and Ellie Jean Coffey. We want our customers to look at buying online by creating a big following through social media so people see our boards and know they’re just as good as the big names, with a more affordable price tag. With aspirations to become one of the biggest surfboard brands in the world, I certainly feel I’m heading in the right direction. With over 90 years of family knowledge behind Gen4 – mixed with the passion, determination and love that goes into my surfboard designs – I’m extremely excited for what the future holds.