I was asked to join the guys at the High Performance Centre (HPC) for a days coaching and I was pumped. I’d been to the HPS three years ago almost to the day and had a cracking time with the coaching staff. My wife had bought me a two day “Adult Surf Camp” for my birthday… what a great gift. Had I have known how good it was I would have just booked it myself, but a lovely gift to be sure.

I had heard that Surfing Australia had done a major overhaul so I was super keen to see what had gone down. I arrived at the centre as per script and was well met met by Doof (AKA Adam, or is that the other way round). He promptly went about showing me through the facility and as expected it was impressive, the kind of place you could see yourself spending lots of time at. I was certainly impressed with the new ramps and tramps, the old set-up had ramps and half pipes, but the new facility had the extra trampolines and foam pits (I was heading to the Maldives so I was keeping away from the traps and foam pits). 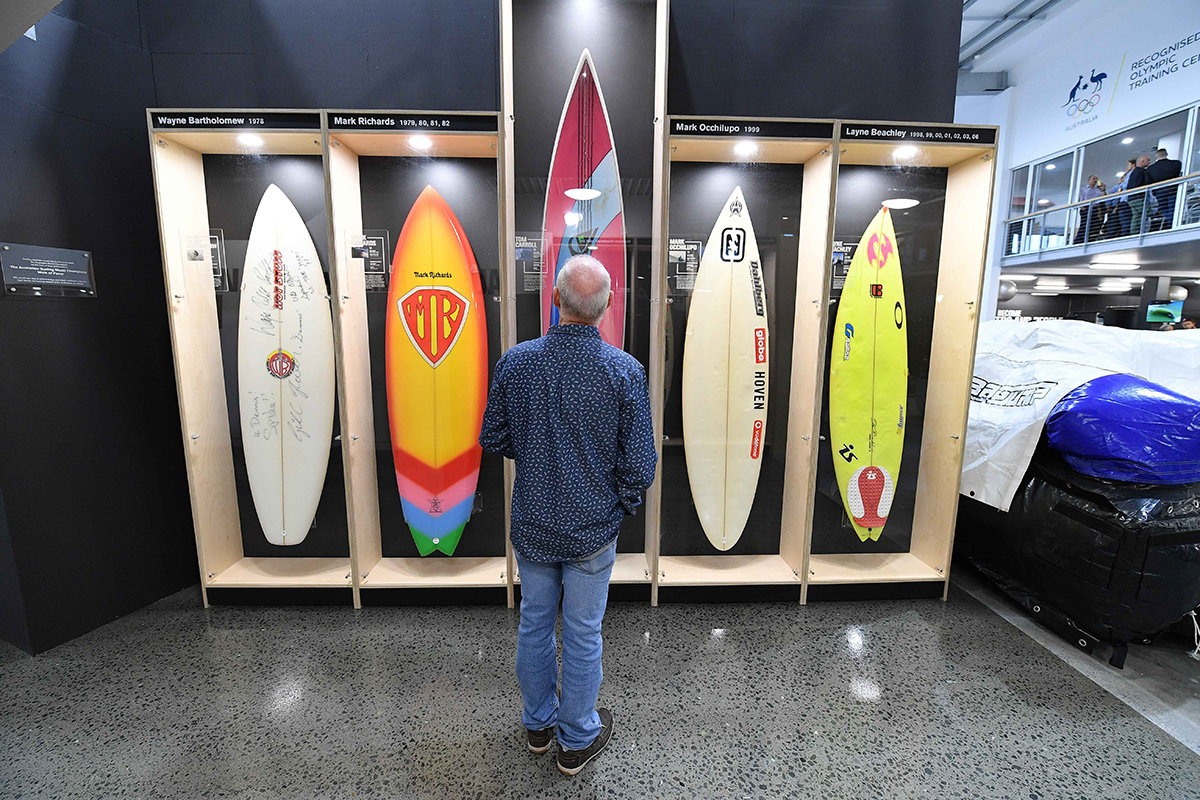 After the little ruin around the facility we headed off in search of waves for my coaching session. With the centre located at Casarina, there were plenty of options to check. A lot of South facing beaches to pick up the most of the swell as well as some protected corners, something for everyone. We found a spot that had al the elements that we needed at set-up shop, well pulled on a wetty and got the camera ready. What I appreciated was you weren’t pushed into conditions that were outside of your skill level, conditions that weren’t conducive to good coaching, there was plenty of consultation of where suited me. The first time I did the camp I was with two other guys and even though they were a little better than I was, everyone was looked after. After setting up the camera and creating a game plan of how the session would go down ie. Paddle out here, roll with the sweep, come in in about 20-30 minutes, regroup, go out with a new game plan. We got to it. One of things that I thought was impressive was I wasn’t over coached with a million things to think about, in fact, after the first run around, I only went back out with one thing to concentrate on and it worked, I understood what Doof said and was able to implement it straight away, with immediate results.

After the session we headed back to the centre to go over the footage. We had done this last time, so I was keen to see if things had changed much. They had. The new system they used was immediate, you could see what they were talking about straight away, with the side-by-side review system. This is where they would take a clip of a good surfing doing exactly what they wanted you to do and put it next to you, you could then very easily see the difference. I went away with 3-4 things to work on with the video footage and the side-by-side images so I could remember what was spoken about. Simple as that.

After the video coaching session, it was a quick run on the half pipe… again I didn’t push it with the looming trip, but it was fun to jump on a skatey again, I hadn’t since last time I was there. Then a thank you to lads and I was on my way, armed with new information, not information that was going to help me win my next Boardriders (although it may) but with information that will assist me with enjoying my surfing that little bit more.

I’m not sure what your thoughts are around coaching and performance centres, maybe you think you just surf to have fun and I completely understand that, but what I must say is that after a session or camp with the team from HPC I’ve had way more fun. I’ve been able to take my surfing to a new level and not just a new level of skill, but a new level of fun. I don’t believe the HPC isn’t just for the up-and-coming pro, but I believe it’s for anyone who wants to get that little more enjoyment out of their surfing. Like me you might be about to head away on a boat trip and you want to make sure you get the most out of your time away, then this kind of camp can be perfect.

My rating… 10 out of 10. Thanks Surfing Australia, it was great… again!