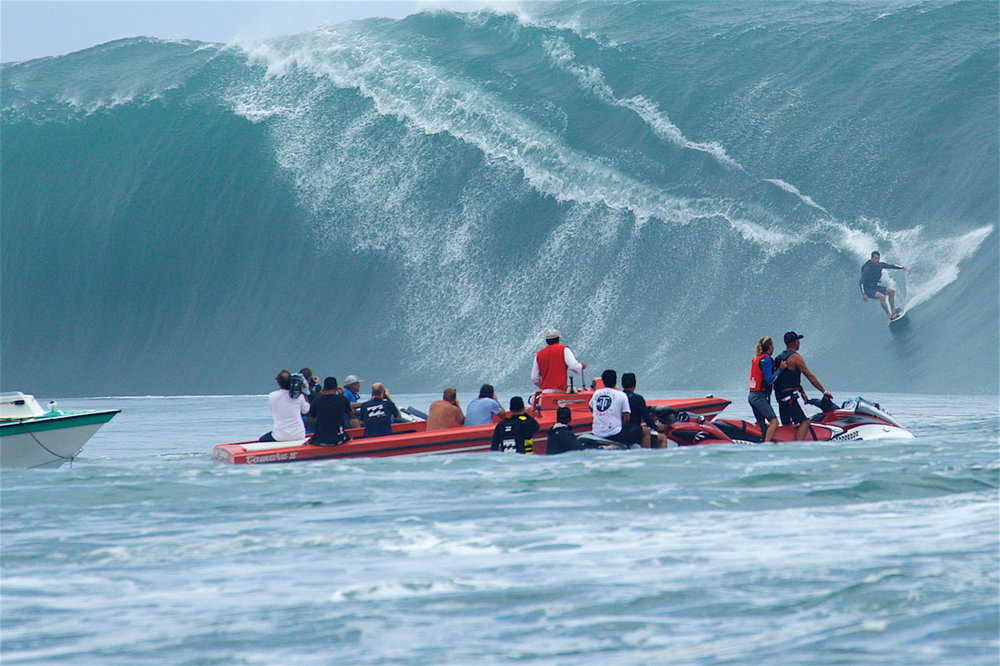 August 27th, 2011. The Tahiti Code Red Swell which landed smack bang in the middle of the Billabong Pro still to this day is the greatest spectacle of surfing ever witnessed.

Veteran photographer Ted Grambeau was in the first boat out there at dawn. Once out there, they were greeted by the angriest ocean ever witnessed. Perched precariously in the channel as closeout sets rumbled through the line up Ted recounts his story from that day. Here’s an excerpt of the pulsating read;

George has positioned his craft as close as humanly possible to the breaking monster in order for myself and the other photographers on board to get the best uninterrupted shot at these history making waves.

I now have a view akin to a drone, looking almost directly down on the surfer, the boat has stopped any forward momentum as George, in show of extreme confidence or some sort of audacious captain’s manoeuvre, ever so subtly reversed. We now linger in this character building position. Good for getting an extra frame or two but definitely not for the faint hearted. This was boat driving par excellence.

… George is one cool cat: I see a set looming, this is a big mother, and I mean a very big mother! Thumps on the roof from Mick Fanning, who is perched with a prime vantage point, confers my sense of imminent danger.

I try to be casual as I alert George, who is at this very moment on the phone to his son Alain in Namibia. George is excited, for what I consider the wrong reasons. With great delight, he announces Alain has just had the longest tube of his life.

The thumps, by this stage, have developed into a continuous pounding on the roof and are now accompanied by loud voices – I subtly remind George of the impending 25-foot wave looming in front of us.

Chaos engulfs the keyhole; motors rev, there’s wild splashing, crashing, and screaming as 50 other punters go into panic mode as we are lingering in the death zone. The flotilla scrambles for the horizon.

For the entire story, head over to Ted’s site by clicking the link. 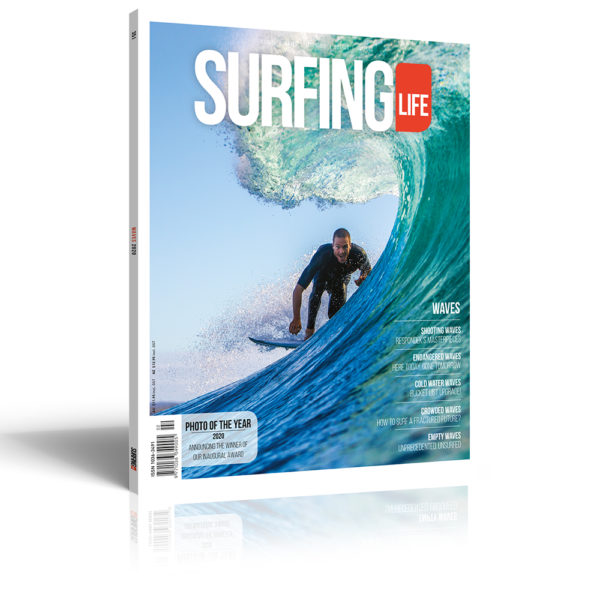