One of Surfing Life’s all time favourite surfing sons, Brenden Margieson, has been out of the public eye for a while. Anyone who has watched the Pulse™ series, filmed and edited by Justin Gane in the late 90’s and early 2000’s would be familiar with Margo.

For those kids tuning in just now … here’s a teaser of primetime Margo disembowelling Winkipop with his long-blade. When we posted this on Instagram, we posed the question right after the WSL Bells Beach contest, asking how far has surfing progressed. And which, if any current pro’s surfed the contest as good as what Margo is here.

Nobody would beat Margo.

Margo @margomargs at Winki and on rail. How much has surfing really progressed? Based on Margo here, other than @john_john_florence would any other current pro beat Margo at Winki or Bells? 📸@ganeproductions

… little edits and photos of Margo surfing pop up from time-to-time on the interwebs.

Or. You might be luckier enough to share a peak with him on the Northern NSW coast here and there, as we have done.

The one thing when you see Margo surf today is; he hasn’t lost the flare and penchant for the big moves one little bit. He mightn’t be the rubber-bodied freak he once was, but Margo is still one of the best out there laying it all on a rail.

Which is why it is with much interest Surfing Life follows Margo’s son Micah’s surfing career. The young Margo, as he grows into his body is really starting to resemble his old man in the water.

The two went on a little surfing adventure down the coast recently and the super talented photographer, Dean James tagged along and took some snaps. 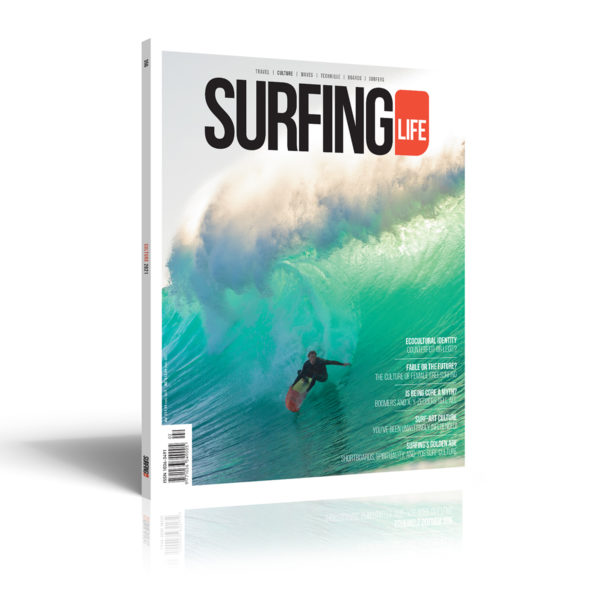