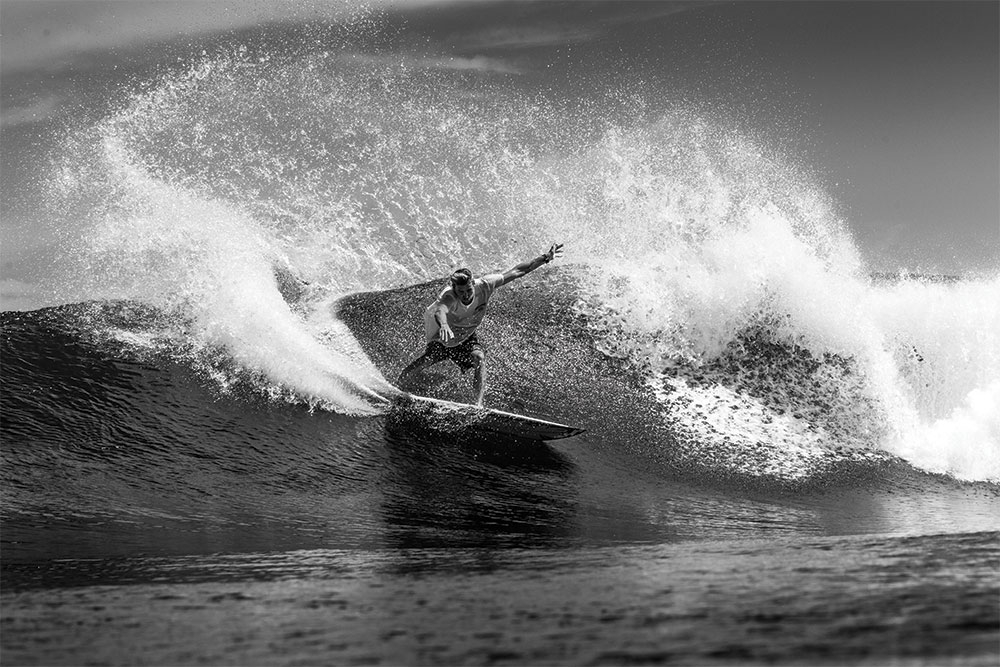 Demonstration by Jack Freestone off north-west Sumatra, sequence by the magnificent Andrew Shield. The classic pro turn. This is it, folks. Not the frontside air reverse or even the alley-oop. Not the backside tube ride or the rebound or the ‘jam’, whatever the fuck that is. Nup. It’s this thing. The fully angled frontside top turn is the move any top 34 seed aspirant must have, not just auto-dialled, but Siri-ed. Voice command. Thought command. Ready at any time to be swung off any lip on Earth, whether it be to rack up a 7.5 with four of ’em in a row, or fill the vital gap between deep barrel and air finish on a 9.83. 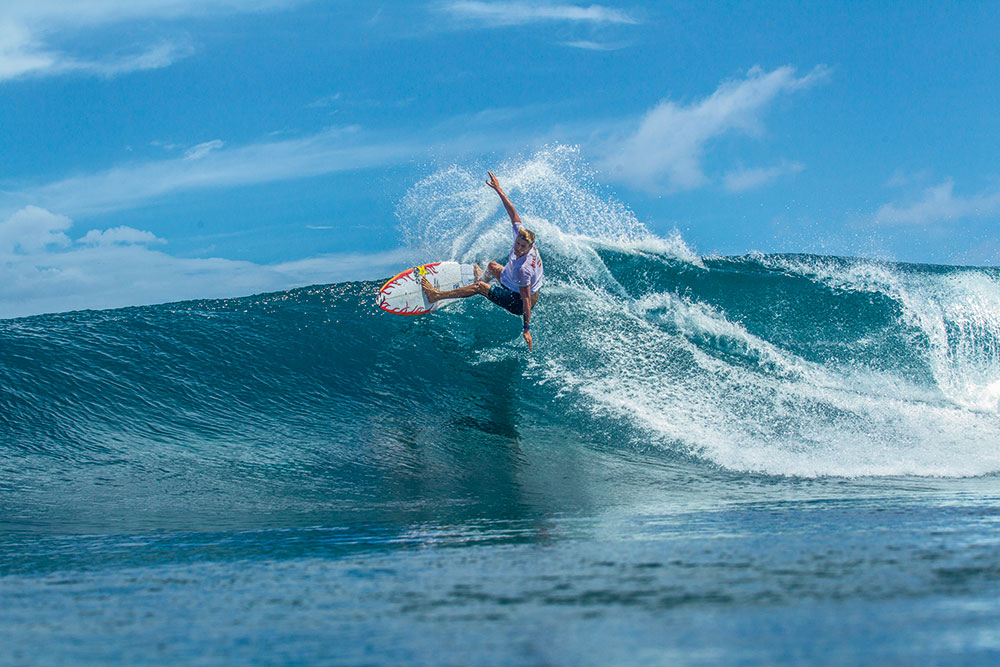 And despite its humble ranking, this is not an easy thing. Many a competent surfer can get pretty close to it several times in a surf, given the right conditions and the lack of some kind of hangover. Most of us can attempt a simulacrum and get it done, though it’ll usually be accompanied by way too much arm-waving, some horribly awkward body-hunching, and quite a bit of unseemly grunting. 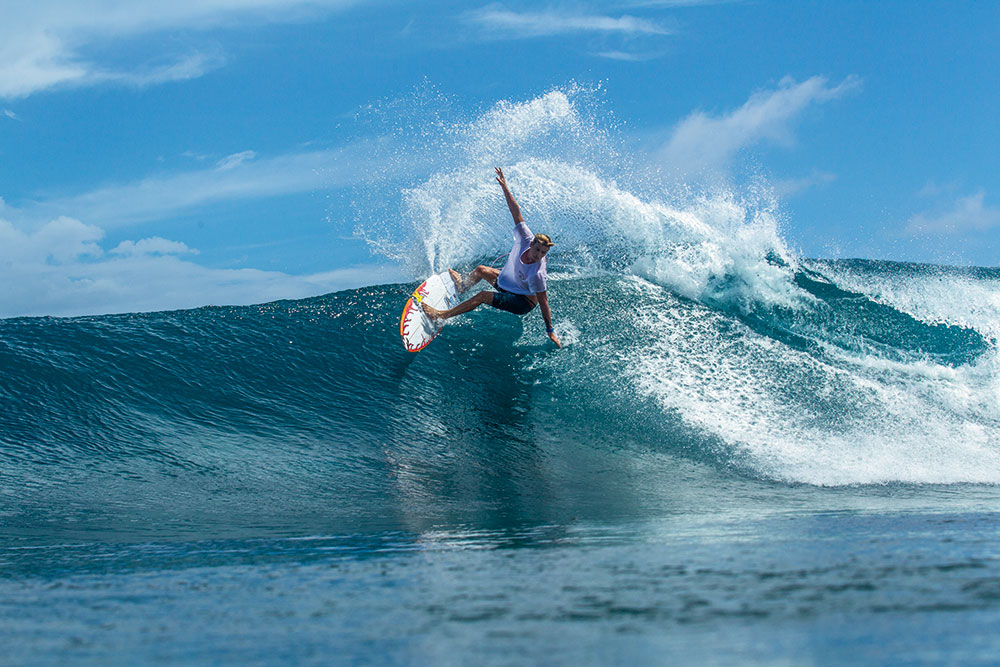 But keeping it clean – moving the turn from precisely-timed beginning to easy fluid end without a hint of rail-catching? And doing it on any and every wave you catch? How do they DO it? Let’s have a closer look at Jack’s beautifully worked version for some answers. So – initiation. What I said above about “fully angled”? Shot one is a guide to what the hell I meant. The classic top turn begins with the board at an angle heading toward the lip or lip-line, away from the wave base. It’s also where this turn frequently finishes, with a nasty bogged left front rail as the surfer over-commits. Instead, Jack just sets a bit of weight on the back end of that rail and waits for the turn to actually connect. 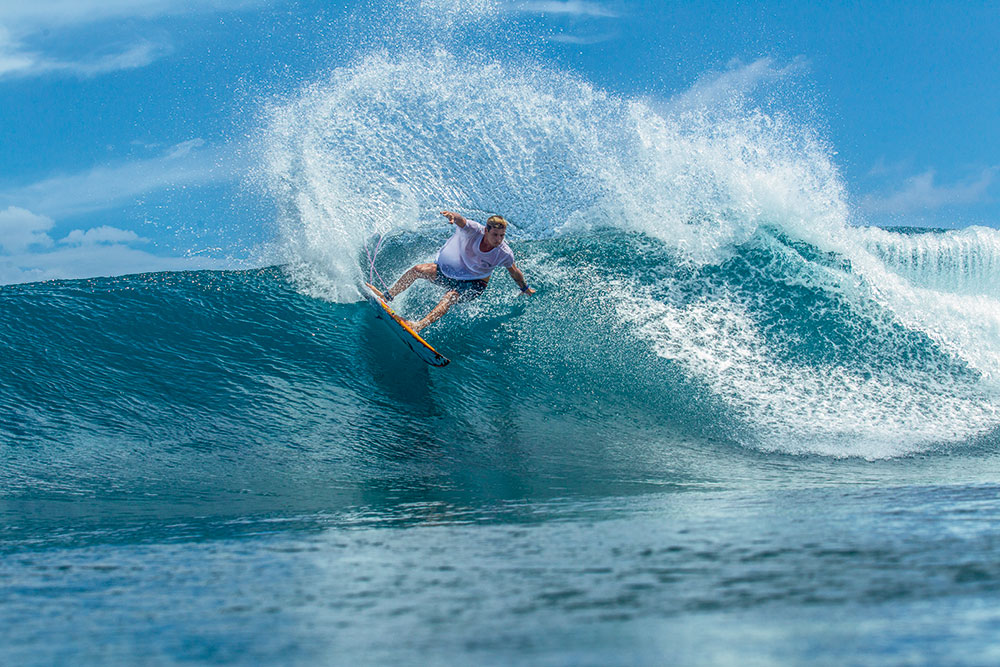 When it does, in shot three, he goes right into power carve mode. Look at the stance: arms spread wide a la Mick Fanning channelling Mark Richards, shoulders opening easily, yet those feet planted solidly and squarely, giving nothing away to the wave. There’s physical effort involved here. Look closely at the front quad muscle in Jack’s right leg, both here and in shot four: it’s raised, working to hold the back end of the turn together until the front inside rail can find some air beneath it. 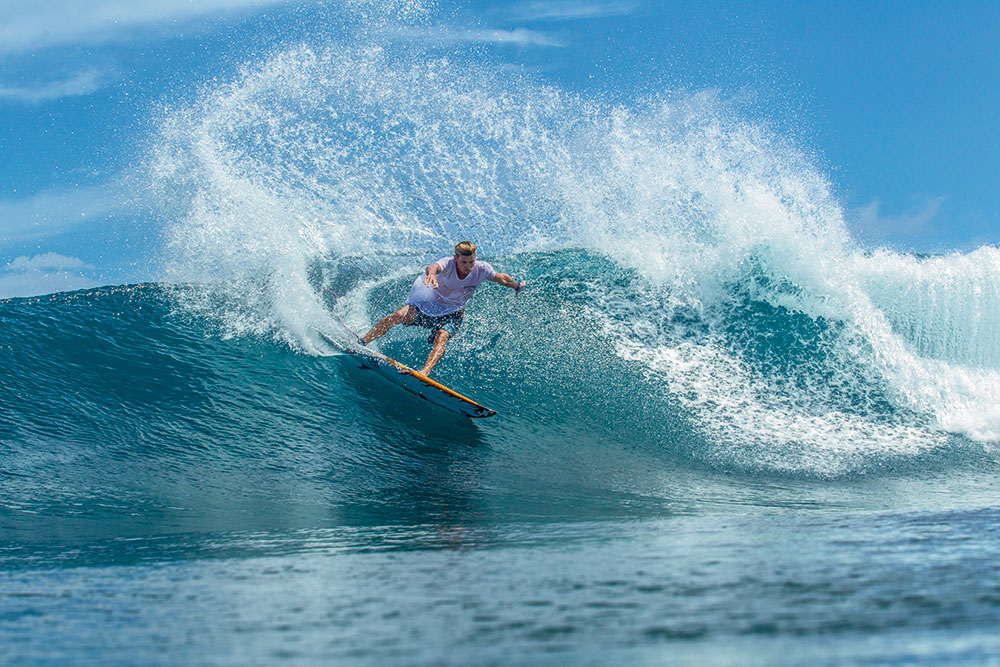 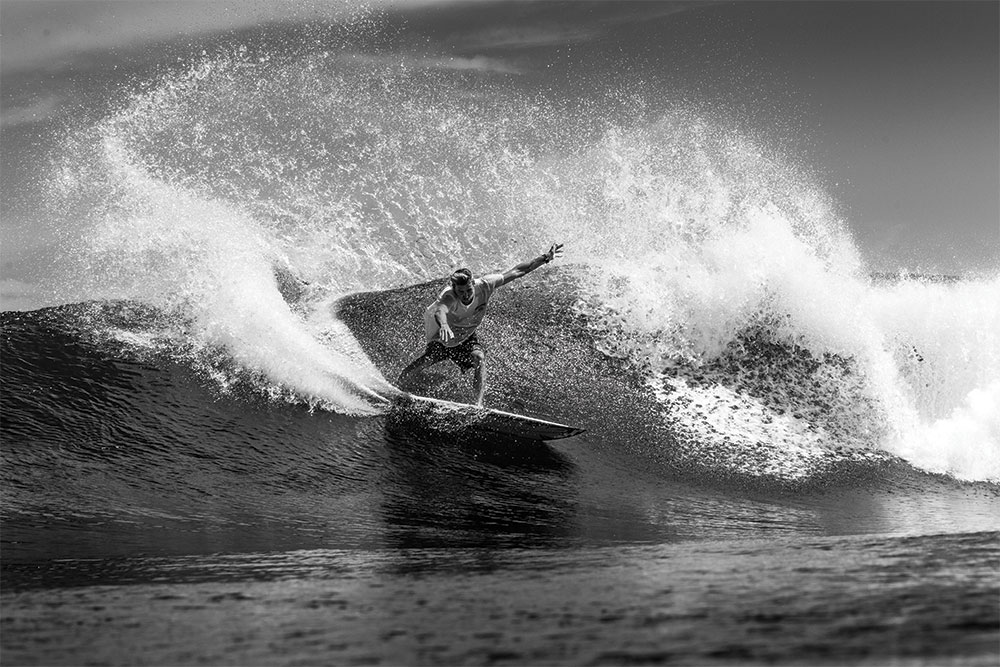 Shots five and six are where the turn frees up. You can see now that front rail is well clear of the water; there’ll be no diggage and boggery. Now Jack shifts into release mode. Shot seven, his left arm comes up, carrying a bit more weight into the back end of the board and pressuring the fins – look at the finger of vortex-y spray coming off the outside edge of that right fin! Yet as it’s been from the start of the turn, Jack doesn’t over-commit to this nano-second of pressure. By shot eight the board has flattened and lifted, and Jack lets the weight come off. See that relaxing right leg? That’s where the weight’s coming off. But to me the classic pro top turn is separated from the pack by the very simple thing that next occurs. With the weight now off the board, Jack does… nothing. Well, almost nothing. Again, there’s no over-commitment, no frantic attempt to over-correct. Instead there’s a relaxation back into his pre-turn stance, poised to re-set off the wave base with little or no unnecessary loss of speed. It’s a moment of utter familiarity. It’s automatic. Pros are pros for reasons, and this is one of ’em. There’s something in here to be said, or thought, about where professional surfing and its fearsome technical requirements leads a surfer – down an inexorable path that cleans out all, or bloody close to all, the clumsiness and uncertainty, the oddly swung arm and struggled re-set. You might say this sometimes makes one pro look a bit too much like another, but you also might ponder the possibility that some turns are best done just so, and if you spent the time these lunatics do on getting ’em on voice command, you’d look an awful lot like this, too. Jack’s been surfing off-season heat drills with Fanning for a couple of years now. He doesn’t have Fanning’s extraordinary, disciplined athletic confidence. But he does have this turn.

Want more of this? Then head over here, where you’ll more of our premium content, inside the magazine. 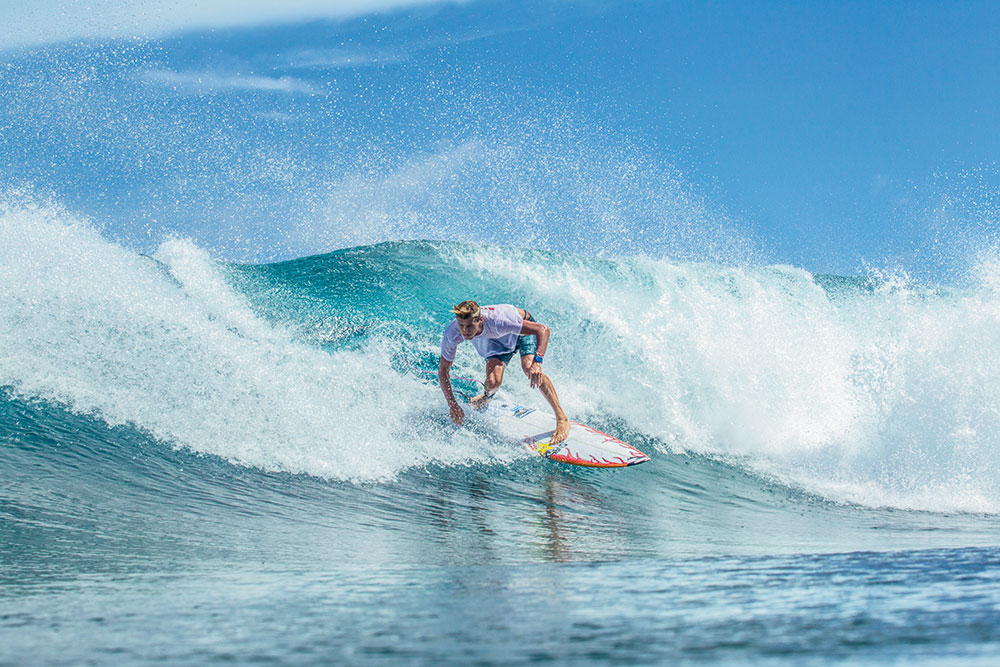