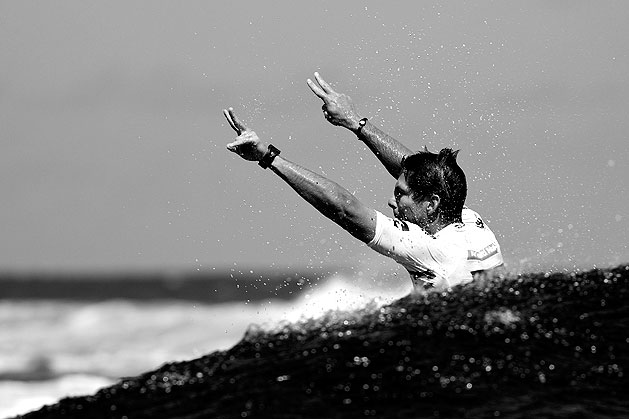 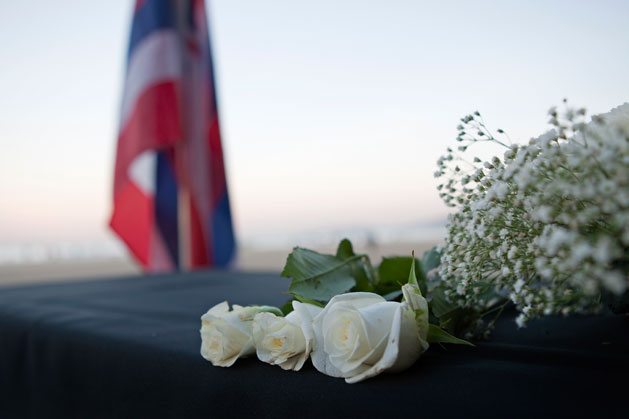 I’ve been asked for many opinions and interviews about Andy Irons and the situations and decisions that lead to his early departure from our world. It’s not something I take lightly. I have my own opinions about not only Andy’s choices and how he ultimately got to the place he did, but also about the way these things are handled from all sides of the story. But what is right? And whose opinions actually matter other than those of his family and closest friends about who they knew and how they feel inside? What is it that each of us hopes to take away from the Andy Irons story? And what is it that we want to give to the story of his life?

I dealt, in a strange way, with the death of my own father through Andy.  Even though he was 6 years younger, he reminded me of an older brother and for that reason alone we had a heated relationship. We wanted the same thing and knew the other was in the way.
My father passed away in April 2002, and I made shirts with his picture on it. Andy and I weren’t close then so he had no idea, and for the next few months I stumbled around like a zombie tripping out that I would never again see my dad. Andy had just started his roll that year by winning a couple of events and taking the lead on Tour, and I had just gotten back on Tour but found myself not really caring about winning anything except maybe a war of words or a fight with somebody. Andy was just the guy.

I’ll share a story, but for the sake of brevity, I’ll just say this: We got really drunk on a Tavarua trip. We got into a shouting match. I said something about him thinking he’s the man for winning a couple of contests. He screamed and laughed at me, “You’re going baaaalllldddd, hahahaha.” I told him he’d know how I felt when his father passed away, and he started kicking me in the face. (I had earlier punched him in the face in a crazy 10-man wrestling match in a taxi). Then Shane Dorian tackled him and pulled him off me telling him my father had just died a few weeks ago.  Andy started crying hysterically and hugging and apologizing to me for the next half hour before he went to bed and then apologized again the next day.  In some weird way I think I just wanted him to know that I was hurting because he had a way of just sorta being tough even though he was one of the most sensitive guys in the world.  There was just this strange and awkward dynamic between us.  Months later, he won his first title and all I could think to do was give him one of the shirts that I had made with a picture of my dad on it and congratulate him.  He gave me a hug and thanked me and felt really awkward that I gave him a shirt with a picture of my dad on it.  On one level he knew what it was about, and on another level he wasn’t gonna let me put a chink in his armor and wear that damned thing.  For all I know, he either burned it or hid it. I’ve often wondered…

To see the rest of what Kelly has to say go the The Inertia. 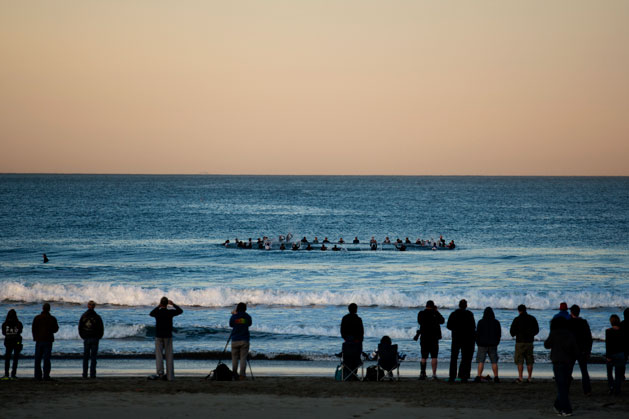 The paddle out in tribute to AI at Ocean Beach this morning. Photo: ASP/Cestari.